The past year has seen a number of rappers come together to create joint albums. From the likes of Waze (Skepta, Chip & Young Adz) and DNA (M Huncho & Nafe Smallz) - each has brought their own unique energy.

This time round, a group has come together for a project that fully embodies grime music. With some being the gatekeepers of the genre, and maintaining energy levels are high from start to finish. Jme, Frisco, Shorty and Capo Lee, all representing North London, have created the album ‘Norf Face’.

On our call, Capo Lee was first to join, the man behind the whole project and the one rounding up the rest of the group for the call.

“They’re all coming through just give it a minute” he jokes. “It’s been tough rounding them all up, not gonna lie!”

What made you as a four want to get together to create the album?

Capo: Yeah I had the idea to make a ‘North’ project man. I thought, we haven't seen that before so why not. Let’s do something different.

Shorty: Yeah Capo sent through the chorus for the track ‘More’. Then we all started sending over verses for the track. Then he did the same again for another song and it started from there.

Frisco: Capo sent through the first two tunes for the project. He set the pace.

Jme: I remember seeing the group chat and everyone had been sending verses so I had to catch up. At the start we didn’t know if we were all going to feature on each track. But when we started piecing structuring everything together.

You've included skits in between called the 'Pattern' tracks where only one features, was there an idea for this from the start?

Frisco: The pattern interludes all just feel into place, it kinda happened along the way. We didn't plan out to do that, there wasn’t even a set amount of songs we wanted to do. We just knew that we wanted to put out an EP/Mixtape. Jme sent his skit through first.

Jme: I already had this idea to do a project of skits, so I forwarded one along. It was a group effort really, but the first one sent through was mine for the project so then it was from there.

On the track ‘Freezing’ you talk about how “nothing has changed” - is that because you’ve seen certain cycles of events that happen in life?

Shorty: It’s not the fact that nothings changed, but things go around in cycles. Things have changed but the route of the problem is still there. It’s not saying nothing has changed in a negative way, but letting people know that certain things are still going on.

Jme: It’s when you see people going through the same problems you used to have, but in a different way. You forget sometimes about going through that yourself and it makes you think. So nothing ain't changed in that way. Have you got any more visuals coming out for the project after 'Baitest Sound'?

Jme: We still need to shoot a couple more videos. I would like to shoot a video for every single tune. But it’s COVID man. We recorded this time ago, without COVID I reckon there would’ve been a video for each song.

Jme: I don't think the talent is created, it's already there but pushed more when there’s nothing else to do. Whether an area creates the best skaters or UFC fighters, it’s because there’s not much else to do so they merk it. In areas where people are more privileged, they do what they’re told and what their parents want them to do.

Also, at the time when we were growing up it was just road, music or football. Those were the only things you could do. If you would’ve heard my first bars you wouldn’t have said it was talent.

Capo: A Lot of people start making music but don't have a plan. It’s just something to do when you link up with your bredrins. It’s a social event for the mandem and whatever comes from it comes from it.

So the momentum builds in a certain area?

Jme: Once something has started and exists, it’s something to do for everyone. All it took was for someones to start a pirate radio in London, and now it exists there’s now a new option. People can go radio and then it builds into a scene, which creates crews and becomes something real. Then people are born into an area where there’s a scene.

It’s like a domino effect, once something sparks something - it’s then for everyone in the area. There’s some areas where there’s been a musical spark. So North London had a spark at that time. Everybody was MCing, the best people survived and they’re still about now.

Frisco: I agree with what Jme said, there was definitely a spark. Personally I think maybe the spark for the spitters would’ve been pirate radio, the likes of Heat FM. Because then those radio MC’s move off and start doing other stuff, they have a fan base and people from their ends start to come through.

Also, people see the likes of Chipmunk make it and they went to the same college as him. It’s believable. It’s not like seeing it on TV or on the internet. it’s all around you. You see Skepta and Jme from Meridian (Tottenham), which is just around the corner. It doesn’t seem as farfetched. 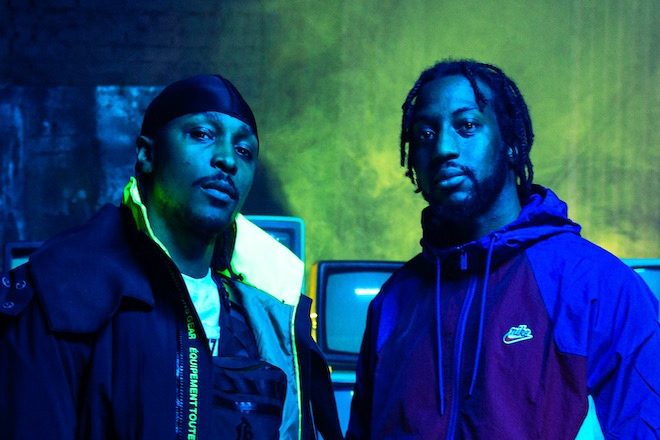 Capo: Growing up, I used to see Jme, Skepta and Shorty in school. Then I would see them doing the O2 Arena and the Ally Pally. I used to sit there and think, these guys came from the same school and made it to such a platform. So for me, I thought that it’s possible to do the same.

Shorty: Yeah we used to just MC in the playground for jokes, it was like a cussing match. But yeah it was fun, and then you’ll come with more serious lyrics. Then at the next level we had Heat FM, because we used to listen to the likes of Nasty crew. Then you wanted to be at that level too, so you would progress.

But you don't actually know how far it goes until one day you realise you’re doing bigger things. There was never a plan, if someone was to ask me how we’ve managed to get where we are, there’s not an answer to it. If I was to explain that it would take me a few hours.

The UK rap scene in general is such an exciting place at the moment. Grime has obviously influenced countries for a while, but It must be good to see the scene thriving?

Shorty: It's good man, you know like maybe about five or six years ago, if you asked some of the younger man what they were listening to, they would’ve said an American artist. But now, they listen to UK music more. There’s so much in the UK and the levels are so high that everybody listens to UK music now. Because that’s the level we’ve got to. You can hear it all day long out of peoples cars. I think it’s progressed in a really good way.

Jme: I think it’s hard to notice it, because you’re always living in the now. But what Shorty is saying is right. When I go back to when I was 12/13 years old. Literally, Music just meant music from abroad unless it was a big star in the UK. But now, it’s just absolutely normal. If I’m pulling up at the lights now and I hear someone playing Headie One out the car, that’s normal. It’s sick, I can take inspiration from people half my age.

I’m proud of everyone doing it, but I don’t want people to get chewed up and spat out, because we never did. There’s so many times that people tried to make us do loads of things, but we turned it down and people still love us today. I realise it’s because we did the same thing and kept the same relationship with people. I want the generation now to do the same, and then teach the generation after them to do the same, because that way - music wins.

I want the people blowing up to realise that yeah it’s sick now, but when it’s time for house, mortgage and everything like that, you need to make sure you’re still popping and still making music relevant in life. You wouldn’t want to see your favourite artist right now in 10 years serving you at Starbucks.

And just like that, our time was done. Younger artists should take note, and make sure they’re able to create as exciting music as Norf Face can 10 years into the game.