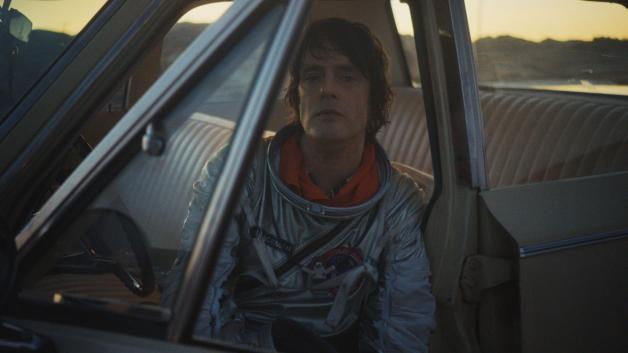 Floating In Space: Where To Start... Spiritualized

Since 1990, Spiritualized has been the vehicle for J Spaceman’s explorations of noisey, droney rock, gospel, blues and more. This year’s ‘And Nothing Hurt’ (Clash review HERE) has been widely heralded a success and as a return to form, not because their previous two were shoddy (far from it!), but because six long years have gone by since their last album and Spiritualized have clearly been missed.

Their recent Eventim Apollo show (Clash gallery HERE), then, rounded off a successful comeback of sorts. With only a handful of European dates announced, here’s hoping for some more in the UK.

But the studio is Spaceman’s domain, where he works with the studied intensity of a scientist (or an astronaut, for that matter) but takes an altogether more idiosyncratic approach, singing into a dictaphone and transferring to sheet music, or as with ‘And Nothing Hurt’, making perhaps one of the year’s most expansive albums in an East London room.

Across eight studio albums, Spiritualized have managed to entwine this ambition with ghostly sweetness and primitive rock’n’roll. Here are some good starting points, and some antecedents, too.

‘Ladies And Gentlemen We Are Floating in Space’

Start with the obvious. This one topped end of year lists back in 1997 and it sets fin-de-siècle excess alongside raw wig-outs. The apotheosis? ‘Cop Shoot Cop…’. Those lucky enough to have been at one of the special shows at, say, ATP or the Barbican, you’ll know what’s up.

‘Broken Heart’ just, well, aches, and ‘Cool Waves’ demonstrates why working with a gospel choir can be a great idea. It’s a far cry from ‘Ageing Popstar Brings out Gospel Choir at Glastonbury for No Reason Whatsoever’; it’s a decision rooted in Pierce’s admiration for an array of genres, a trait which has marked him out from peers whose work has become increasingly turgid and one-dimensional.

‘The Slide Song’ harks back to the visceral, throbbing intensity of Spacemen 3’s ‘Playing with Fire’. Spaceman excels at endings and ‘Feel Like Goin’ Home’’s intergalactic bleeps segue into that downbeat expansiveness we’ve come to expect.

Among a backdrop of probably acrimonious line-up changes, they created something surprisingly cohesive.

‘Playing With Fire’ is the progenitor that has the most in common with Spiritualized’s oeuvre. It sounds wounded and close, with its whispered vocals, spoken word, tons of reverse effects, fairground organs; texturally, it’s got a lot going for it, and it has a bunch of weird harmonies too. ‘Big City’ from follow-up and final Spacemen 3 album ‘Recurring’ got featured in a Simpsons episode once so bears mentioning too.

Overcoming adversity to create some great art is a narrative with which everyone’s familiar. Spaceman inscribes himself into that with ‘Songs in A&E’, recorded (but not really written) after ages spent in Royal London Hospital with double pneumonia. The series of ‘Harmonies’ show his knack for crafting beautifully spectral interludes.

‘Guitar Loops’ (2006) is also worth exploring, as is ‘Sweet Heart Sweet Light’ (2012), whose recording process was interrupted by bouts of chemo.

This one is rare, since it was only available by mail order. Recorded at two California shows on the group’s first US tour, it’s a bit primitive but a great insight into the group without strings and all the bells and whistles, especially if you find the rest of their output a bit cloying at times.

After all, ambition doesn’t always equal greatness, as 2001’s ‘Let It Come Down’, which featured over 100 musicians, demonstrates.

Spiritualized
where to start
Spacemen 3
-