Summer hit its stride across July, with a lengthy heatwave sending temperatures sizzling across the country.

The release schedule also soared, with a flurry of colossal releases peppering the charts.

There are so many sexist utterances that are so normalised within our society and they need to be called out but finding the words to express how incorrect these ingrained beliefs and actions are often feels unreachable. Dream Wife give us the exact tools to do just that, to articulate the faults of the world we live in.

With a limitless blend of genres, there are songs that your pop princess can access alongside her punk sister, uniting them in their struggle. - Megan Walder

‘Pure Luxury’ is a reminder of all the things that are wrong with our society, but it does so in a tongue-in-cheek manner. Even when there doesn’t look like there’s any hope left for the socio-political climate, NZCA LINES has one lesson to teach, which is that ‘Tonight Is All That Really Matters.’

The closing track puts a positive spin on the state of the world, leaving listeners with some wisdom as he sings: “Cos when you think about it / Tonight, tonight / Is all that really matters / As long as we keep dancing.” - Caroline Edwards

‘Beyond The Pale’ is bedecked in highlights, a project draped in fantastic moments. It’s a funny, theatrical, but intensely musical experience, with those curious flourishes and daubs of colour – the neat arrangement on ‘Swanky Modes’, the stop-start structure of ‘Sometimes I Am Pharoah’ - pushing JARV… IS out into a realm of their own. - Robin Murray

While the project’s guest features give Unknown T the space to explore different sounds, sometimes he simply goes it alone against alternative backdrops, with powerful results. The major keys of 5ive Beatz’ piano-led production on ‘Ambition’ closes the tape with a dose of ‘against-all-odds’ uplifting hip-hop, “They don’t know how I came, but I came with a vision / I’m comin’ for the game, that’s my main ambition.” Music is the light pointing towards a way out, or in T’s case pointing towards a way up. - Robert Kazandjian

The most revealing moment of 'Lianne La Havas' comes in the album’s closing minute. As the keyboards of 'Sour Flower' fade and we’re left with just handclaps and a drum pattern (which, incidentally, is very Phil Selway), it’s repeated until one of the band makes a mistake causing La Havas to let out a riotous, unguarded laugh, which she follows by exclaiming, “That’s it! It’s done!” That small moment of insight reassures you that she’s completed her own personal journey, has achieved what she set out to do and is now in a good place. It’s a fitting end and you can’t help but cheer her on. - Joe Rivers

Its 10 tracks are tied together by pop structures and familiar, forceful bass drums, but inflected by jazz and footwork, they retain a capacity for surprise beyond a few days’ listening. A radiant and eminently danceable album, it’s a necessary salve to put on this year. - Wilf Skinner

Subversive, non-conformist and melodious, this record has the credentials of a classic rock and roll album. The decision to take a radical approach only works for the few, the possession of ammunition that’s needed to master such a challenge is not for anyone. Fontaines D.C. have it, and it seems as though they are only just scratching the surface of what’s to come... - Susan Hansen

It’s these new perspectives that give this record a new dimension unlike any of her others. Further down the tracklist is 'illicit affairs', a brilliant follow-up to 'this is me trying', that manages to turn a tale of infidelity - one that 2006 Taylor would’ve explicitly condemned - into a tale of impassioned, embittered, jagged love. Similarly 'betty', whose harmonicas bring you to near tears as Swift paints a picture of a sapphic love triangle through the lens of naive adolescence, describes a complicated tale of cheating and emotional entanglement that ends in heartbreak and shattered dreams.

Listening to the lyrics on 'august' feels almost vouyeristic, as we lean in to hear all the stories that “innocent-era” Swift would’ve kept secret. - Valerie Magan

A succinct but affecting collection, ‘Forever Blue’ is a confident debut, one that carries the weight of experience beyond her years. - Narzra Ahmed 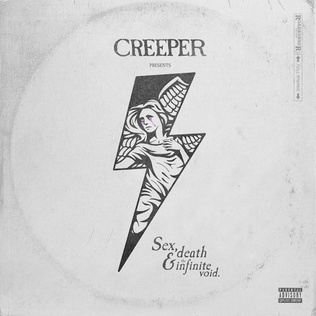 "I think certain things in life will probably be with you forever. Me and Ian are in a wonderful place now and he was never mad at me in the first place. Our lifestyles were very destructive at the time. It was a difficult time for us, but we’ve been such good friends all these years and we’re all so excited about this record coming out. We couldn’t have made it without all this stuff going on."